The 4th Day of the trip to Devils Tower 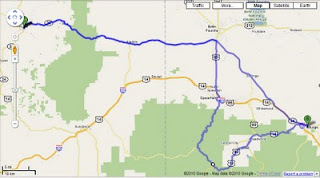 This day we decided to ride to Sturgis to visit the fabled town (although I suppose it is the rally that is famous more than the town) and to visit the motorcycle museum located there. This would be the only day we would ride the same road twice.

We started the morning on highway 24 out of Hulett headed for Alma, a town whose claim to fame is a really old store that’s been in business since 18-something. It was interesting and really old but, they didn’t have breakfast. The café across the way did, and according to the stereotypical old guy sitting on the porch at the general store, the food was good. He was right. Tim said his French toast was the best he’d had in a restaurant in a long time.


We stopped at the Wyoming – South Dakota border to take a photo at the state sign. (There wasn’t one the day before when we were traveling on the service road.) 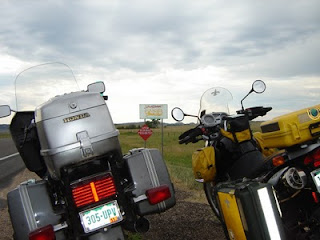 From there, highway 24 became highway 34, which took us to I-90 and into Sturgis. Sturgis is not a very large town. How they fit thousands of motorcycles into this town is beyond me. This year is the 70th anniversary of the rally and they were anticipating a million bikers. I can’t even imagine what that must look like. 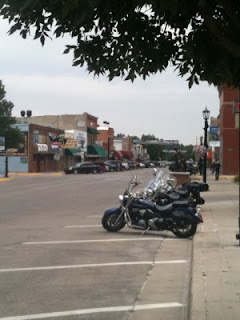 The Sturgis Motorcycle Museum and Hall of Fame is conveniently located on Main Street. We parked there and paid our entrance fee. 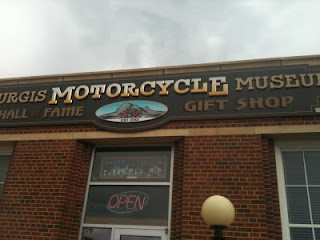 There are two levels to the museum. The upstairs is pretty small. Lots of interesting old bikes stuck in small places with ok signage. There was certainly enough to keep us interested for a while. Some of the bikes you would expect to see – Indians, Harleys, Moto Guzzi, etc. And then there were a few one off bikes such as the million mile Harley. 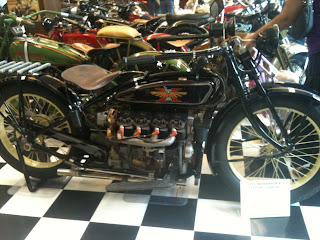 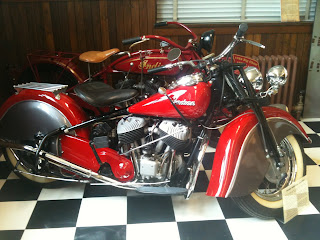 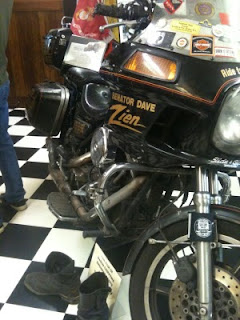 Downstairs the space was much larger. There was even a video viewing room showing a DVD about the history of the rally. There were cases with motorcycle themed record albums on display. There was a room that looked like a rotating exhibit space, with a display about women in motorcycling. And there were more motorcycles too. Lots of dirt bikes, side cars, smaller cc bikes, and a display of Sturgis themed bikes in the video viewing room. If you are ever in Sturgis, I would recommend the museum. 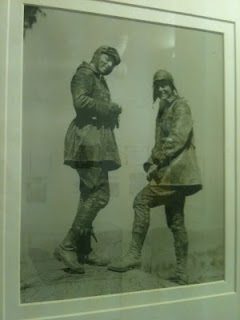 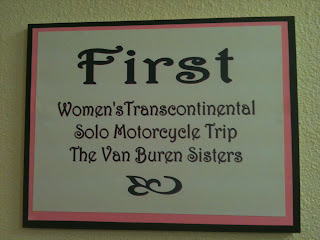 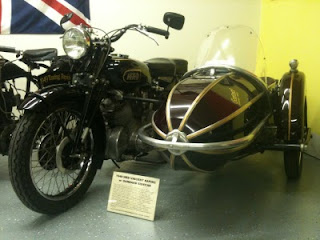 Here is my lovely hubby checking out the dirt bikes. 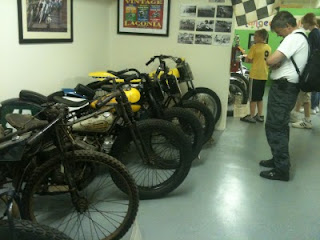 Also in Sturgis, we visited the BMW dealership there. That was fun and where I bought my t-shirt.

For the ride back to Hulett, we decided we liked Spearfish Canyon so much we wanted to ride it again in the opposite direction. So, the ride took us through Deadwood again, and up the canyon. We’d missed the turn off for Spearfish Falls the first time so made that the destination on this trip. It was a lovely hike just off the highway in Savoy, SD. The waterfall was pretty impressive and had lots of cooling mist coming off at the bottom. The hike looped around to the top of the waterfall but we didn’t figure that out until after we turned around and went back the way we came and walked around the parking lot to view it from the top. We laughed at ourselves about that. 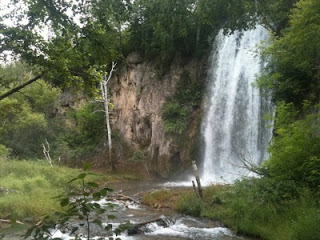 From there it was a nice leisurely ride back to Hulett. We had dinner that night at the Ponderosa Café again. There were quite a few more folks there this night which was nice to see. I’m not sure where they came from but there they were.

The total for this day was about 170 miles.